She has a Name and a Title by Monique A.J. Smith 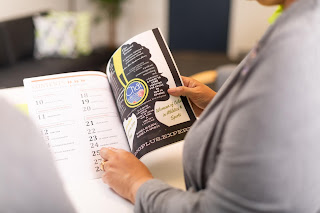 I recently finished reading John Grisham's book "Sooley," a college basketball novel that features a Sundan young male basketball player on the campus of a Historically Black College University, HBCU. I loved the concept and was excited to read about an industry I have given 30 plus years of my life, athletics, and higher education. One of the reasons I was so delighted to read about this book was because it featured a University, I was familiar with, North Carolina Central University, located in Durham, NC. I knew the real people in the Athletics Department, including the Director of Athletics (AD), Dr. Ingrid Wicker-McCree, who has served at the helm for 13 years. I even remember when the Head Men's Basketball Coach, LeVelle Moton was a player at NCCU, and his slogan was "Poetry in Motion."

So my elation was downgraded to frustration when I read Moten was referred to by name, but Dr. McCree was not. Even if Grisham didn't have permission to use her name, he could have had the AD character be a woman. In the book, when referring to the AD, it was sexless. It was written as "The AD" Why is this important? The AD is the leader with oversight of the Athletic Department; according to the USAToday article May 2021, "Women hold athletic director roles in only 15 percent of NCAA Division I institutions, 21 percent of Division II institutions, and 32 percent of Division III institutions.'

In "Sooley",  the leader of the University, the President, was also nameless but it was referred to as a man with phrases such as "The President and his wife."

You may believe this is being petty or being sensitive. Not sure of the author's angle of omission, and I even reached out to Grisham on Twitter to ask why the vagueness on the position, but no response. The omission may be another case of unconscious bias. Nevertheless, I bring to the consciousness that "Representation" matters, even in a work of fiction.

Jeanette A. Lee, the first woman Director of Athletics in the Central Intercollegiate Athletic Association (CIAA), in 1990, was a graduate of the school NCCU featured in the novel. Ms. Lee wouldn't let anyone refer to her as "She" in a conversation, or any other woman as in "She said."  Ms. Lee would correct on the spot, "She has a name."

In the words of bell hooks, author, professor, feminist, and social activist who passed away, Dec. 15, 2021,

"I will not have my life narrowed down. I will not bow down to somebody else's ignorance."

How To Stand Out In A Crowded Market: The 3 Reasons Having a Niche Is A MUST by Nicole Roberts Jones 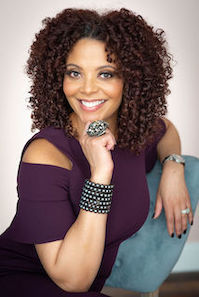 If you are going to stand out in the sea of other people that do what you do in your marketplace, then having a clear and focused niche is a must. The more focused you are in your business, the easier it is for your ideal client to find you. After all, when you speak to everyone, no one hears what they need from you. Plus as I always tell my clients, “a confused mind does not buy”. Meaning, if you cannot clearly articulate the predictable result your work produces and for who specifically, why would anyone get it, let alone pay for it. What all of this means is that ultimately, you do not know the niche you serve. This also means your business is not focused or clear. Here are 3 reasons having a niche is a must for your business: It Helps You Stand Out – You have to realize that NO ONE can do what you do, like you. Having a niche, helps you clearly hone in - the exact need you are the answer to and the way you do it. The problem I see many entrepreneurs have is what I like to c
Read more

What is SEO? Everything You Need to Know by Lenora Blackamore 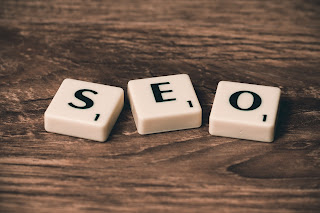 Lenora Blackamore is the CEO of MECCA Marketing  Group Inc. Web development and digital technology have been my passion and profession since 1997. My passion has led me to build a vast portfolio in the Financial,  Publishing, and Educational industries.  My strengths lie in driving a comprehensive digital strategy and collaborating with senior leadership for the planning and developing of digital business needs, processes, and improvement.   Lenora established MECCA Marketing Group, Inc. in  November 2015 to help businesses in the community build an online presence and stand out from their competitors. My goal for businesses is to create a marketing strategy that will connect and engage with the communities they are in - and tell your story.  As a business owner moving to the digital space, you may feel intimidated by the companies that are already thriving there.   The question you may ask is “ How can my business compete against almost 2 billion websites on the internet?”   Welcome
Read more